When the IPA regional seminar in Amman, Jordan, got underway this morning there was a crackle of promise in the air. This was more than a conference opening – it was like the inauguration of a new bridge spanning the space between the IPA’s global membership and the Arab World.

This is the first time in its 125 years that the IPA has spent so much quality time with Arabophone publishers, and the gesture has landed well. This event is a move that one delegate described as very welcome in a region whose publishers have been feeling a touch neglected. But the IPA has been listening to its members and is focusing on places where publishing’s potential still outstrips its performance. It is concentrating new energy where the need is greatest, and where gains can be made through targeted, locally-owned initiatives.

Amman follows the game-changing success of the first two regional events, in Nigeria (May 2018) and Kenya (June 2019). Those gatherings had a galvanizing effect on the IPA’s African members that continues to snowball today. The Nigerian seminar birthed the Lagos Action Plan, which mobilized over $1m in a year to safeguard the future of the Africa Seminar Series, and implemented eight projects to address industry challenges and spur growth. In Nairobi things stepped up again, and the IPA’s Lagos plan evolved into the Africa Action Plan to push the scope even wider.

Things got rolling with a pithy keynote by Palestinian poet Mourid Barghouti, who confessed to suffering from 'the disease of frankness’ – an unapologetic warning about what was to come. He then set about hammering what he called ‘the publishing crisis in the Arab World’. He attributed this in part to the region’s generalized crisis of ‘everything from education and culture to agriculture, industry, commerce, freedom of speech and movement, the absence of an agreed method of peaceful exchange of power and the heavy interference of governments in the simplest affairs of the people’. But Barghouti also upbraided Arab publishers for their eschewal of literary editors, railed against the absence of literary agents and the region’s well-documented distribution challenges (see below), and lamented the scarcity of quality children’s publishers. 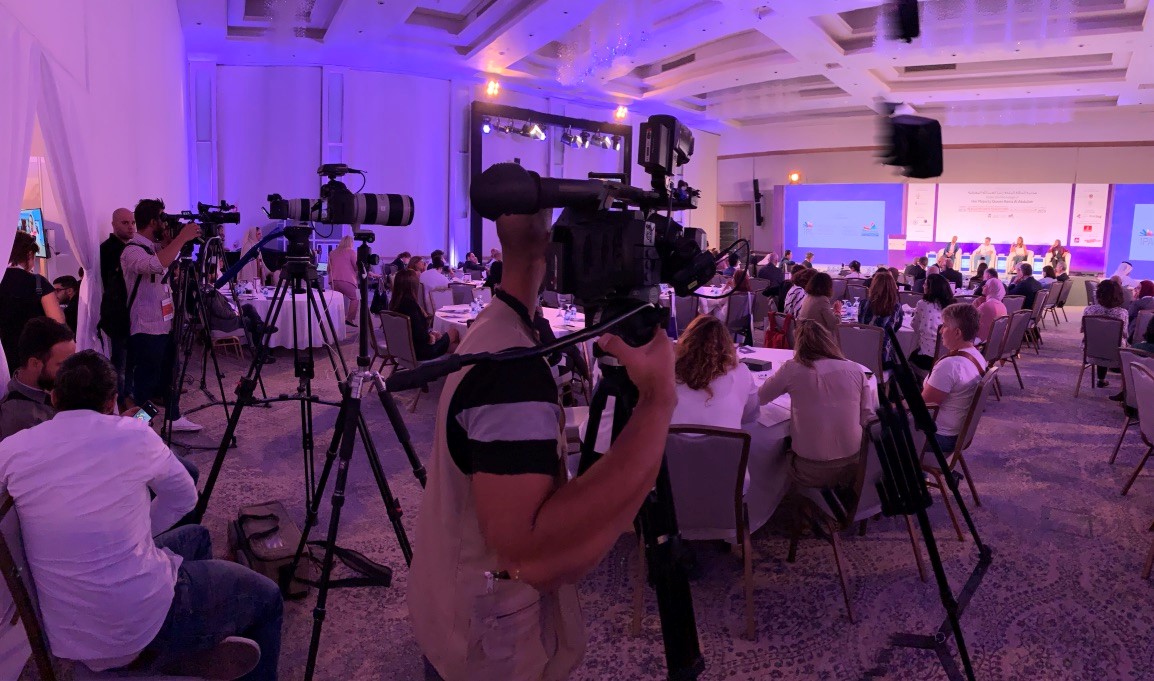 He did temper his tone slightly in closing, paying tribute to the ‘few select Arab publishers that already have editors, respect intellectual property rights, fight censorship, and understand that they are part of the solution in our troubled lives, not part of the problem.’ 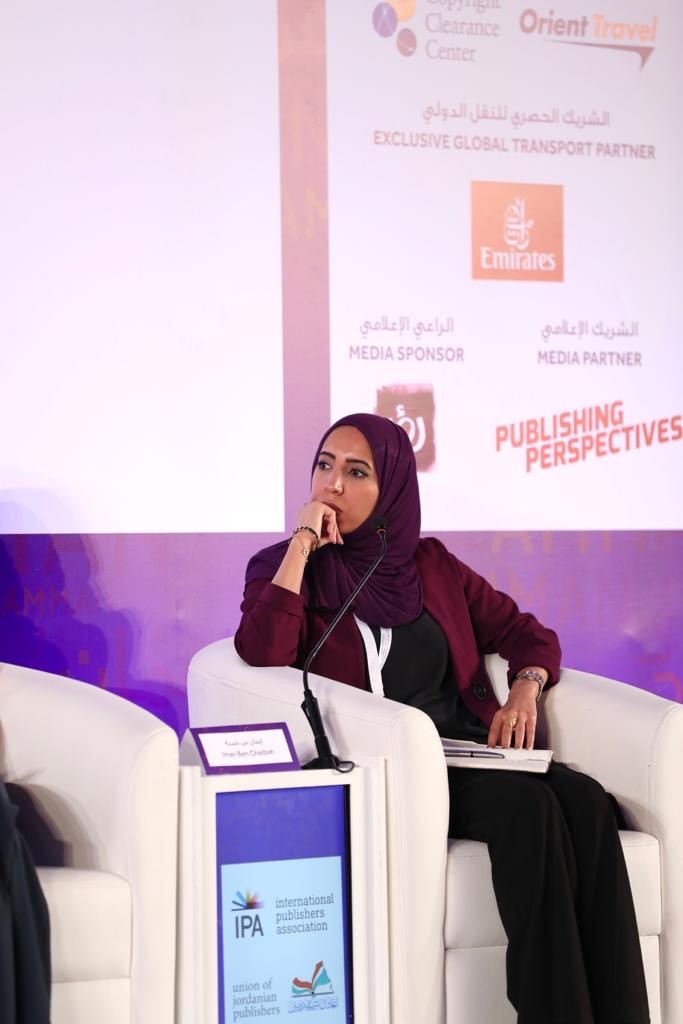 Next up was Digital Disruption: Solving the Arab World’s Book Distribution and Retail Challenges with Technology. A panel of young entrepreneurs made the case for a digital-first, e-commerce model as the solution to the distribution question in the 22 Arab countries. In doing so, however, Eman Hylooz urged publishing houses to use homegrown regional platforms, and not the US-based giants, to support and reinforce the digital economy.

During the ensuing Q&A, one veteran publisher in the audience wagged a disapproving finger at the millennials on the panel, suggesting their business models undermined the print-based tradition (the old clicks vs. bricks dilemma), and that they were unfairly advantaged by government start-up subsidies. The panelists did not respond, but someone else did later. (See below)

Panel 2, examining the Role of the Publishing Industry in Humanitarian Response and Refugee Resettlement, was ably steered by Syrian journalist and TV presenter Zeina Yazigi, who opened with some shock stats taken from UNESCO:

These scarcities are in stark contrast to the 26 million refugees and displaced people from Arab states. Italian children’s publisher Carlo Gallucci stressed the importance of creating books that educate kids (‘the younger, the better’) about different cultures, of which he has published seven in 2019 alone. Alluding to his national context, Gallucci said: ‘This helps refugees to integrate, and it helps Italians to accept their presence.’ 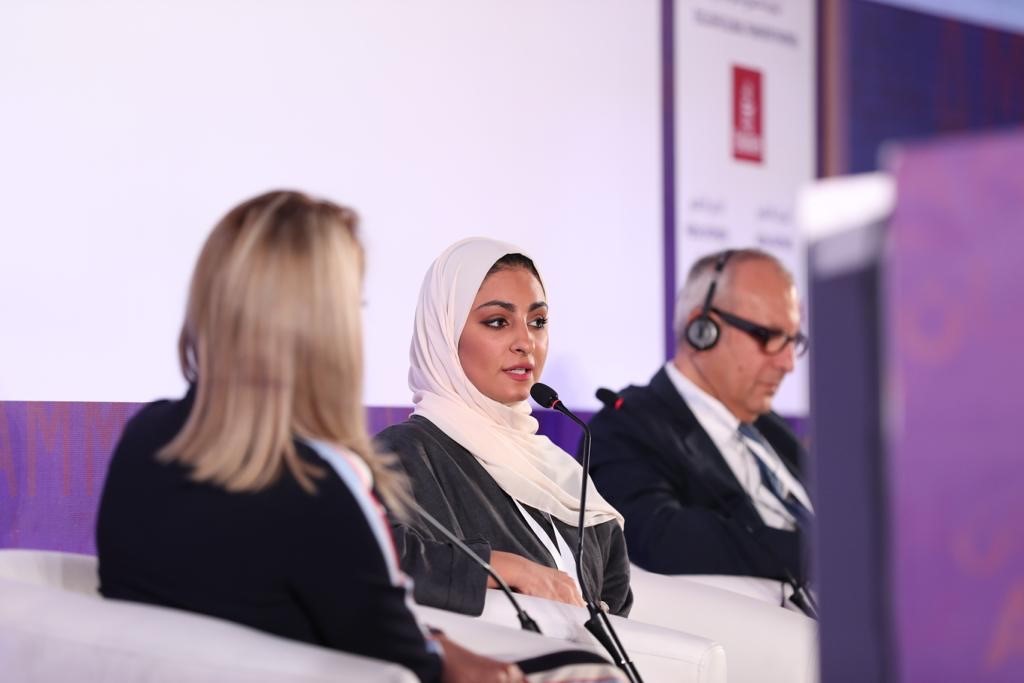 We also heard about the Kalimat Foundation’s innovative Pledge a Library initiative, started in 2017 by the foundation’s manager, Amna Al Mazmi. The scheme has produced and donated 80 mobile libraries of 100 kids’ books each to a huge range of vulnerable children around the world. To a refugee child arriving in a strange country, seeing books in their own language tells them they are welcome, Amna said. ‘For them, it’s like returning home.’

After lunch the Jordanian Minister of Culture addressed the delegates, bringing greetings from Her Majesty Queen Rania, who has given her formal patronage to the event, and focusing on the need for standards, innovation and international thinking to safeguard the publishing industry’s future. 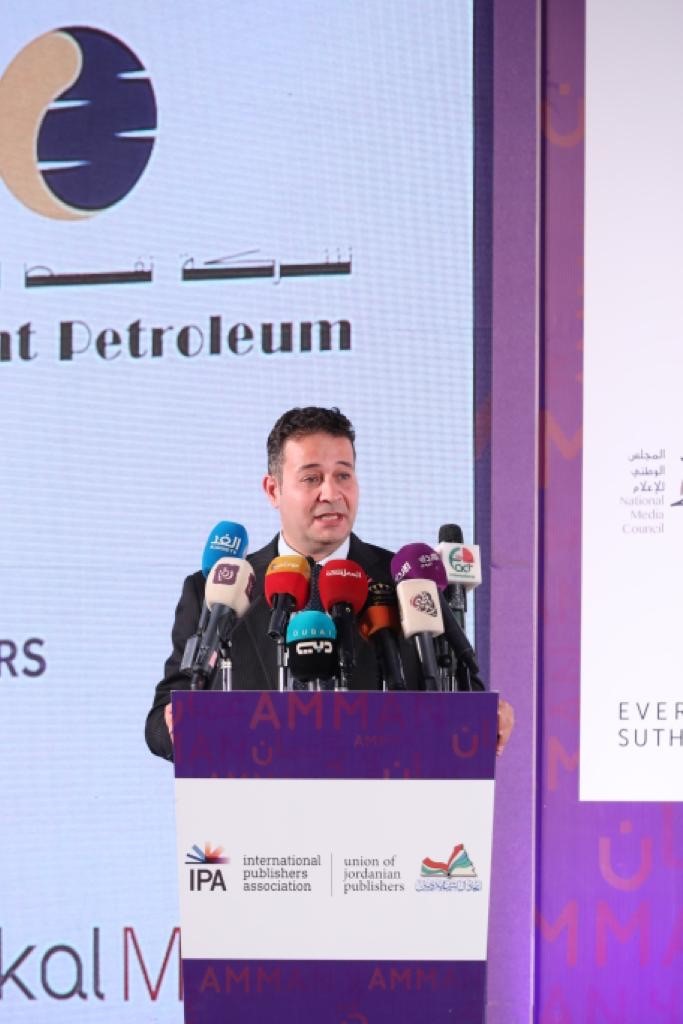 The third discussion examined literacy access to books in conflict settings, where school attendance is negligible and illiteracy rates soar. We learned about the valuable work of development NGO and IPA partner Dubai Cares to help communities heal through bibliotherapy, rebuilding libraries and creating accessible books for the visually impaired to ensure no children’s literacy needs are ignored.

During the fourth conversation, on the Role of Technology in Overcoming Illiteracy and Promoting a Reading Culture, Lebanese audiobook pioneer Tarek El-Bolbol (Booklava) parried the finger-wagging from the first session, which he dismissed as old-school thinking. Print publishers also benefit from state support, he contended, so the accusation was baseless. Discussing local challenges for entrepreneurs, the panelists cited low investor confidence in the region as a major obstacle to company growth. Rama Kayyali (Little Thinking Minds) said it had taken two depressing years to raise $2m in a single round of funding, hampered by refusals from investors outside the region, and nitpicking heel-dragging from those within it.

Digital Publishing and the Arab Classroom of the Future was the subject of the final session of an intense day, where panelists described a world where educational technology (ed-tech) held so much promise for better educational outcomes, but uptake was challenging.

Siroun Shamigian (Kamkalima) said one problem was that teachers feared being supplanted by technology, which she said was an unfounded fear. ‘Technology is here to stay, and it can help teachers get better results, but teachers need to be educated and better trained to understand how to use it.’

In response, Dr Hanada Taha Thomure, a Professor of Arabic Language Education from Zayed University (UAE) quipped archly, ‘Well it might replace bad teachers…but our job is to help teachers understand that technology is a tool that gives new insights, but teachers need handholding and training.’

This was an intensive first day. Ideas were shared, questions asked and views expressed and contested. More tomorrow.

Coverage of the seminar by Publishing Perspectives, our Media Partner, here.

Behind 'Read The World' – the power of books and storytelling