Diversity and Inclusion comes in many different shapes and colors and this month, Pride month in many countries, the focus will be on LGBTI+, or Lesbian, Gay, Bisexual, Transgender and Intersex, where the plus denotes all other groups in an overall inclusive approach to sexual orientation and gender identity.

In my home town, Amsterdam, the above poster is decorating many walls across the city. At first glance a true protest poster, with the clenched fist and strong statement “…I said I will not!”. Upon closer scrutiny the reference to Stonewall and ‘remembering the past’ can be seen. It is on June 28th, 2019, exactly 50 years ago that Stonewall took place. An historic event, where the LGBTI community decided to fight back against discrimination and thus today’s gay rights movement was born.

Dramatic change has happened in those 50 years and there is lots of cause to celebrate. Same-sex marriage is a reality in many Western European countries, North and South America, Australia and New Zealand. And I am a little proud that my country, the Netherlands, was leading the way with the first same-sex marriage in 2001, which also allowed me to marry my husband. Most recently Taiwan was in the news as the first Asian country to introduce same sex marriage, while India announced last year that homosexuality was now decriminalized.

But not all is good news on the LGBTI+ front: the situation is extremely difficult in many countries with 70 countries that criminalize same-sex relations, several with the death penalty, including Brunei which was very much in the news with its stoning to death legislation.

What are the D&I implications for the publishing industry around LGBTI+? Broadly there are two areas which jump out: the books and articles we publish and how we treat the staff in our publishing houses.

Publishers have always been trailblazers for societal change and that also certainly is the case for LGBTI+ supportive publications. At Elsevier we just selected 50 LGBTI related articles in our scientific journals to celebrate 50 years since Stonewall: https://sdgresources.relx.com/special-issues/50-years-lgbti-research. There are great examples from children books that depict a variety of parents, including two fathers or two mothers. And they also celebrate children embracing their true self, even if this is not the typical gender role as determined by their biological sex. The trend towards expressing self-identity in children’s book was well illustrated by “Julian is a mermaid” which was an outstanding success at the Bologna Children’s Book Fair this year. Not to mention “a Day in the Life of Marlon Bundo” which attracted lots of attention the year before, depicting the live of a gay bunny with a satirical reference to US Vice President Pence’s pet rabbit.

The IPA fights for copyright but also very much for Freedom to Publish. As such we condemn censorship, also censorship on grounds that the publications cover LGBTI+ topics. This has been an issue in Russia where publishers are put in a difficult position to avoid publications that can be seen as too positive towards the LBGTI+ community. 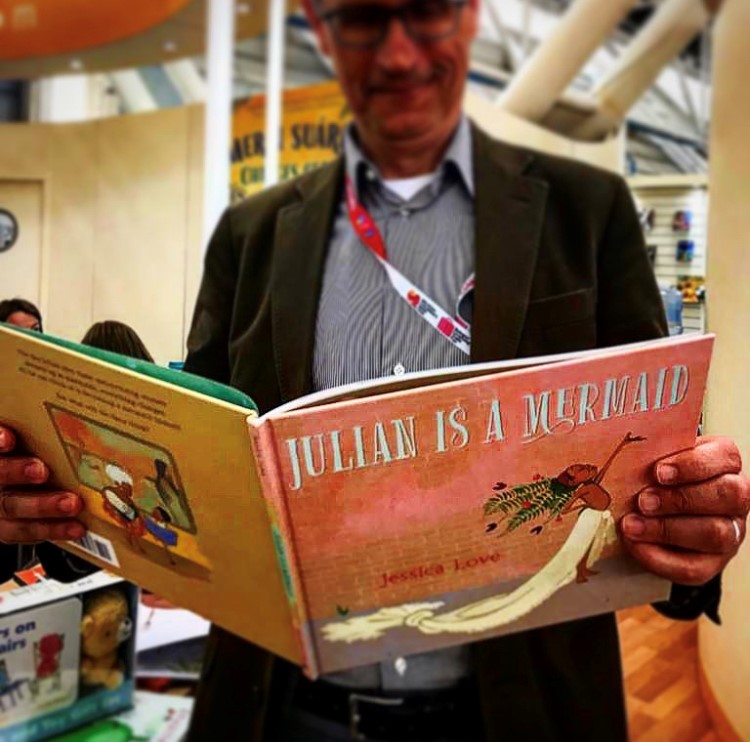 Next is the issue of our staff: can everyone be themselves at work, irrespective of their sexuality? Not much data is available on this topic for the publishing industry, except for the excellent report on D&I in the UK from 2018. The survey shows that 4% identify as gay or lesbian, and also 4% as bisexual, which is 4 times higher than the national UK estimates, and 3 times higher than the London figures where most publishers are based. However on openness the figures show that only half, and only one third of the young staff, are out and open to all their colleagues; there is a pattern that staff are open to their immediate colleagues but not to their manager.

Publishers are increasingly embracing D&I and there is a great momentum for LGBTI employee groups, or Pride chapters to be more and more active. At Elsevier we now have twelve Pride chapters in Europe, the Americas and Asia, including countries where the societies are far from supportive on LGBTI issues.

Publishers also communicate externally more about their support for the LGBTI community and it is encouraging to see leading publishers clearly showcasing how they embrace Pride. The business case is compelling: more diverse and inclusive companies perform better financially, take better decisions, are more innovative. And that very much also applies to LGBTI workplace inclusion. Moreover supporting D&I is also doing the right thing. Surely we want all our colleagues, straight and gay, to feel welcome and fully supported at work so that they can truly be themselves. Happy Pride Month for all of you who are celebrating!

Tweet
Tags:
Freedom to publish Publishing Industry Diversity and Inclusion LGBTI+ Stonewall
Notes from the road: from Nairobi to Seoul, via Be...
Inclusion & Diversity: An interview with Stephen L...

Self-publishing in Iran; a tale of dare and dilemma