Following yesterday’s surprise close to discussions on the Broadcasting Treaty with a Chair’s revised consolidated text, today’s proceedings moved onto Exceptions and Limitations (E&Ls) and the civil society NGOs in favour of E&Ls kicked off the day with a morning side-event.

Those unaware of the discussions about the draft ‘Treaty for Exceptions in Research and Education’ (TERA) can find out more in the IP Watch news story here. The organisations behind TERA are obviously pushing for an Exceptions and Limitations Treaty with support from Member States groups and used the event to push for their agenda in the lead up to the regional events being organised between May and July next year in the Africa, Asia and Latin America.

With the discussion on E&Ls starting today in the plenary room, Deputy Director General Sylvie Forbin teased that the locations and dates of the regional events would be announced soon but not today. She did confirm, however, that the International Conference on E&Ls would take place on 17-18 October 2019 – dates that will clash with Frankfurt Book Fair for publishers. A number of civil society NGOs took the floor expressing their view that E&Ls were necessary. IPA Counsel, Carlo Scollo Lavizzari, delivered IPA’s reply, that there is no one-size-fits-all solution and that an international instrument is completely unnecessary when local solutions are available and most appropriate. You can read the full statement at the bottom of this blog.

IPA’s statement echoed the message brought by our strong delegation at this WIPO SCCR: an international E&Ls Treaty for educational and research institutions will not help create more high-quality, locally adapted learning materials, and there are better ways of achieving this goal. We are here to talk to the different regional groups, WIPO delegates and local missions and we were at full force today. 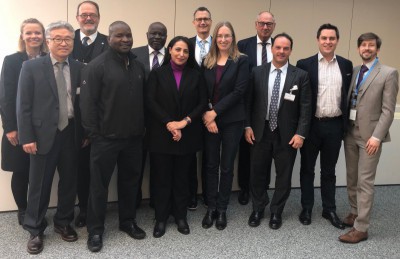 Alongside the SCCR discussions, IPA members also take advantage of being in Geneva to eat Swiss chocolate and blob out on fondue talk with WIPO officials.

One such opportunity was taken by IPA Vice President elect, Bodour Al Qasimi, who signed an agreement with WIPO’s Accessible Books Consortium to provide accessibility training to her Kalimat Group and other United Arab Emirates publishers. 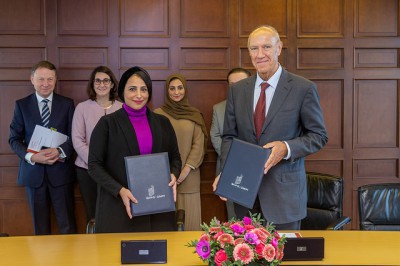 Today’s lunchtime side-event was Public Lending Right International’s session promoting the public lending right (PLR) as a proven method of ensuring authors are remunerated for the free lending of their works. The session was chaired by UK Ambassador, Mr Andrew Staines who noted that the UK PLR system was about to celebrate its 40th anniversary and had been updated to cover eLending. The session's keynote came from Samuel Tembenu SC, Minister of Justice and Constitutional Affairs, in Malawi where the PLR system has just been introduced. Both spoke not only of the moral justification behind PLR as a way of duly rewarding authors when their works are lent by libraries (and therefore not bought in bookshops and generating royalties), but also the crucial importance of funding for PLR coming from a separate budget to those for libraries. Other speakers all supported the system as a balanced way of rewarding authors for the free lending of their works. 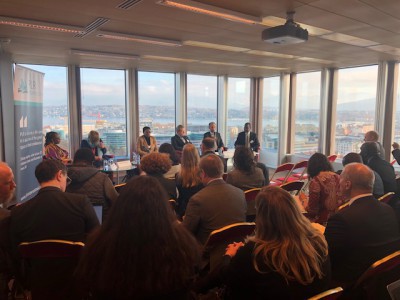 The afternoon session in plenary saw Kenneth Crews present an hour-long initial report on his typology on library exceptions and education exceptions on behalf of Professor Seng who was unable to attend this SCCR session. As Daren Tang, the Chair, noted, the word ‘typology’ was not clear to everyone and Mr Crews presentation went beyond a simple classification system to a full framework for analysing different kinds of provisions for copyright exceptions for libraries. Observer organisations were given the opportunity to ask questions about the presentation with the notion put forward that the final result of this study could constitute a toolkit for countries looking at E&Ls.

A round of applause for Mr Crews’s work brought the session to a close, and there followed a reception organised by the Romanian delegation celebrating the country’s 100-year anniversary.

IPA Statement: Thank you Mr Chairman for giving us the floor. The International Publishers Association represents 81 publisher association members around the world. We support the Action Plans agreed in this committee. Like the previous speakers we believe that national or regional seminars can help to find gaps in local needs and establish where sharing of capacity-building knowledge is needed and where experiences can be exchanged. IPA believes that this process needs to be demand-driven and account for local conditions and needs. One size does not fit all and solutions are to be found locally. Mr Chairman, it is no secret that IPA is of the view that the existing norms are sufficient and present the flexibilities to lead to appropriate solutions at national level. Even if the laws of all countries would be identical in wording, the laws themselves would still not be identical and solutions need to be local in any event. Mr Chairman we look forward to contributing to the work in this committee and through our members at national and regional level. Thank you Mr Chairman.