Today’s discussions saw the focus shift from Exceptions and Limitations to the Broadcasting Treaty (and sadly not about all of the value generated by the copyright in an original work that migrates from being a book to a film, for example). The Exceptions and Limitations discussions are not over, by any stretch of the imagination, and they continue to rumble behind closed doors.

With the main agenda items on Exceptions and Limitations now put to one side, at least publicly, the IPA delegation is starting to head back to their respective countries. The proximity of this SCCR session to Frankfurt Book Fair has been both a blessing and a curse. The blessing being the opportunity to bring more publishing representatives from around the world to Geneva to talk about the realities of the publishing industry for them. The full delegation included representatives from Australia, Brazil, Canada, France, Germany, Kenya, Mexico, Singapore, Spain and the USA.

But the curse was that many of our team were already exhausted after a full Frankfurt schedule, and the International Conference last Friday and Saturday and the first two frenetic days of the SCCR was a real challenge to our reserves of energy.

The resumption of Broadcasting Treaty discussions also meant that the plenary chamber at WIPO was left with a handful of observers listening into the discussions in informals. They turn the lights down less now so it’s not quite as gloomy as before. 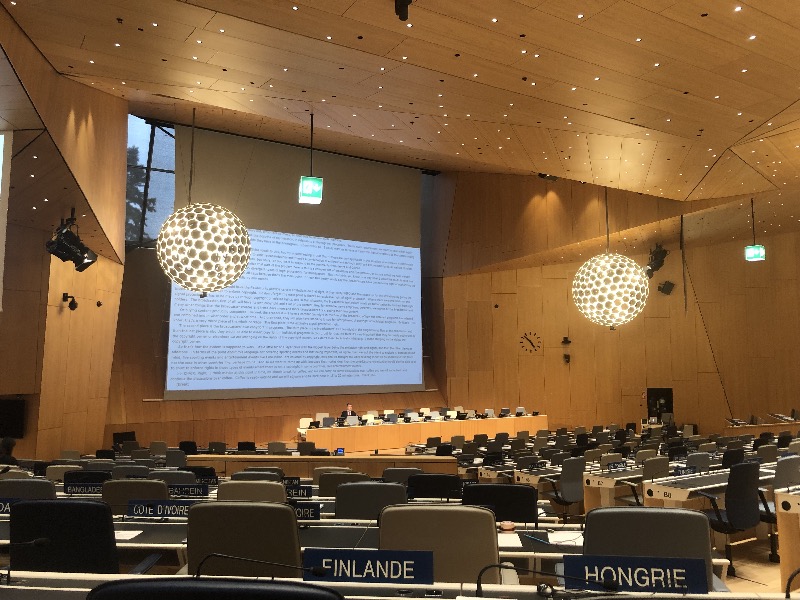 Today’s side event was organised by IFLA under the title Happy Lendings? It focused on the findings from the Library eLending Project conducted in Australia by Rebecca Giblin and Professor Kimberlee Weatherall of the University of Sydney. Libraries continue to be unhappy about the way eLending is evolving.

The day closed with informals around broadcasting while the corridors continue to buzz with discussions about how to move forward on Exceptions and Limitations. Watch this space.