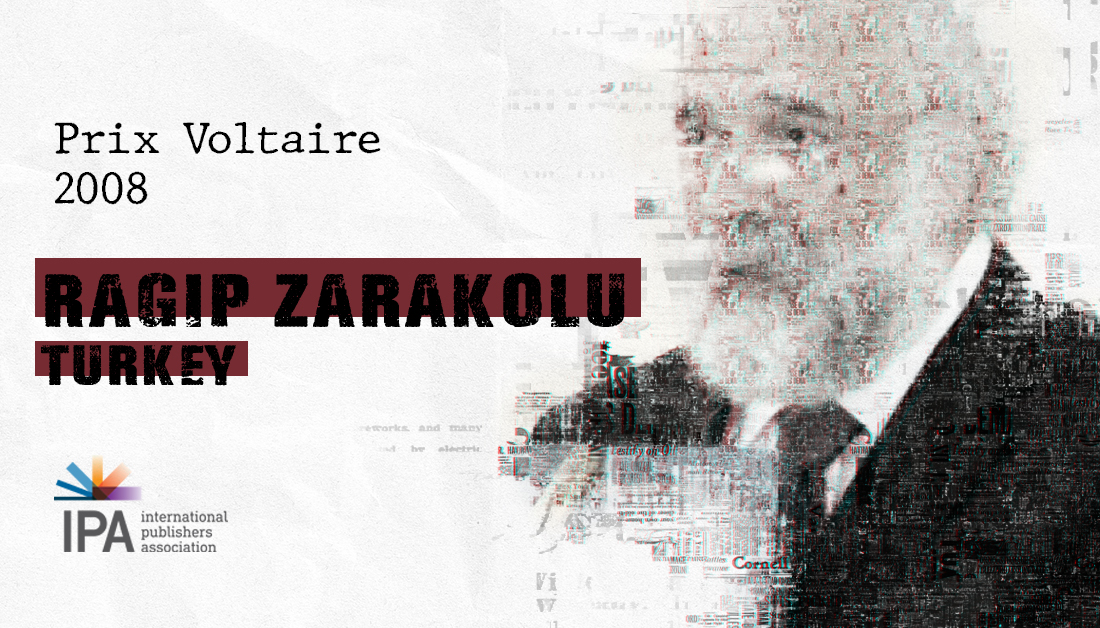 Concerns raised after exiled Turkish publisher Ragıp Zarakolu appears in national agency reports as being the subject of an extradition request as part of compromise between Turkey and Sweden over Sweden’s membership of NATO. Zarakolu, the 2008 IPA Prix Voltaire laureate, has lived in exile in Sweden since 2012.

Kristenn Einarsson, Chair of the IPA’s Freedom to Publish Committee, said: Ragip Zarakolu is a Turkish publisher with a longstanding commitment to the Freedom to Publish. That commitment saw him imprisoned, his publishing house threatened with closure, his exile to Sweden and continued harassment through the abuse of the Interpol Red Notice system. We fully expect Ragip’s freedom, in Sweden, to be safeguarded and not used as pawn in international diplomacy.

Ragıp Zarakolu is a Turkish publisher born in 1948. Since starting his publishing house Belge with his wife Ayse Nur in 1977, he has been subjected to harassment from the Turkish authorities. Ragıp Zarakolu refused to abandon his campaign for freedom of thought, striving "for an attitude of respect for different thoughts and cultures to become widespread in Turkey". Over the years, the charges brought by the Turkish authorities against Ragıp Zarakolu and his wife resulted in imprisonment, confiscation of his pension, confiscation and destruction of books, and the imposition of heavy fines, endangering the survival of the Belge publishing house.

In October 2011, Mr Zarakolu, along with his son Deniz, was arrested and charged with “leadership of an armed organisation” and “leadership of a terrorist organisation” under the Turkish Penal Code and the country’s Anti-Terror Law as part of a crackdown against publishers, writers and journalists who were seen to be affiliated to the pro-Kurdish Peace and Democracy Party (BDP). Zarakolu sought exile in Sweden after being released while pending trial. The two judges who authorized his release were arrested and replaced with new judges who issued a warrant to take his statement.